Oculus Quest 2 for Business: What You Should Know

Concannon XRVR and AR Oculus Quest 2 for Business: What You Should Know 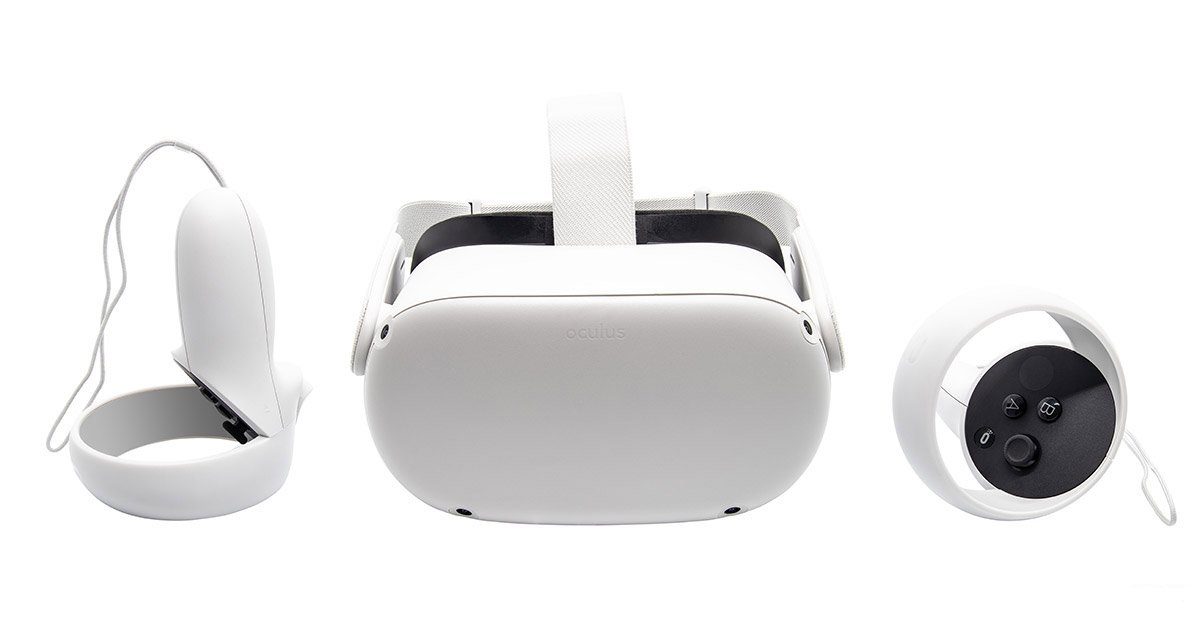 Oculus Quest 2 for Business: What You Should Know

What You Should Know about Oculus 2 for Business

The business edition of the Quest 2 features the same hardware as the consumer version. It’s a standalone headset, which means you don’t need a computer to run it. We found the comfort level pretty good in comparison to other enterprise VR headsets, but the basic head strap is just OK and you will probably want to upgrade to the Elite Strap for $49 more.  Overall, the build quality is definitely high for this price point as well. However, the Quest 2 lenses are only somewhat adjustable, which might make it difficult for some users to focus them properly. Additionally, even though the resolution of the Quest 2 for Business is higher than that of some comparable enterprise headsets, we found that the actual visual experience feels slightly poorer. It’s hard to pin down why, but edges seem wobblier and general eye strain is higher, possibly due to the lens position and lack of adjustment options for best focus.

Since Oculus Quest 2 for Business is specifically targeted at customers looking to deploy a managed headset with a locked-down experience, there are a couple steps you’ll need to take before your users can actually try it out.  First, you’ll need to create a Workplace profile (a Facebook tool for corporate collaboration) using the same email address you used to order the headset initially.  Next, you’ll need to install a mobile app from Oculus on your phone via an invitation link to initially configure the headset.  Once that is done, you turn on the headset and use the app to pair it to your account and push initial updates (via Bluetooth).  For your end users, the process is dead simple – since Quest 2 is standalone headset, after it’s initially configured all you have to do is put it on, adjust the straps, and follow the very simple on-screen instructions.

The user experience is an area where Quest 2 for Business really shines in comparison to competitors.  Unlike the consumer version, the business version is completely stripped of the normal Oculus Store and related services.  Instead, it features a streamlined interface with basic device options (partially locked by admin control) and a list of apps installed on the headset.  When you put the headset on initially, the “play” area configuration is simple and efficient, with no extra devices needed.  It even provides a real-world overlay to help you know where you are while you’re getting it setup without bumping into things.  It’s so easy that a seven-year-old had no trouble at all. For an even simpler option in corporate settings, an admin can set the headset to “Kiosk Mode”, which automatically starts a pre-determined app upon putting on the headset. Additionally, the Quest 2 hardware provides truly best-in-class motion tracking right from the headset, including some basic (though not amazing) hand-based gesture controls.

Given how new the Quest 2 is, it’s no surprise that there are still some quirks on the software side.  While the headset operating system worked fine during our testing with no hiccups, several enterprise-targeted apps that we tested which worked on the original Quest had issues on the Quest 2 for Business.  We spoke to enterprise VR developers and they are actively working on getting their apps updated, but it will likely be a few months until the enterprise VR app ecosystem catches up to the Quest 2 release.  Additionally, it’s important to note that the app deployment and install experience is a bit different than VR users are probably used to.  Which brings us to the next topic.

As an enterprise-focused device, Oculus 2 for Business is meant to be completely managed by an administrator for your organization.  This is done via the Workplace tool mentioned previously, with a section called Device Manager.  Using the Device Manager, you or your administrator will provision and manage all of your headsets, including enabling or disabling features and determining what apps are deployed to each headset.  Since there is no app store on the headset, this is the only way to install apps without sideloading (see below).  Note that the process of deploying apps this way requires adding APKs, which means that for now you’ll need to collaborate with enterprise VR app vendors to get apps deployed properly (this is likely to change in the next few months with Business Channels from Oculus).

Data privacy is a constant concern for businesses, especially when it comes to employee data.  This becomes important in the VR space since VR headsets can collect and report a large amount of data on users as part of their normal operation.  While this is certainly the case for its consumer version, Oculus has reduced data collection and reporting for the business version of Quest 2. But some data is still collected, especially if you enable hand tracking for gesture controls, so be sure to read the Enterprise Privacy Disclosure, Enterprise Use Agreement, and Data Processing Addendum to make sure you are comfortable with the terms.  Overall, we don’t consider Quest 2 for Business to be completely “locked down” from a data perspective, but it will likely be compliant with many business data policies.

Quest 2 for Business Sideloading and Streaming

While the primary method of getting apps and content onto the Quest 2 for Business is via the Device Manager, it is also possible via two other methods.  The first is by installing the Oculus desktop app on a computer and plugging the headset into the computer via a USB cable.  This will enable Oculus Link, which allows you to run content on your computer and stream it to the headset without installing it on the headset itself.  With this method, you can use the headset to view and run VR content from the normal Oculus store, but it’s important to note that this requires a powerful computer and also requires that the headset be plugged in during use, which makes it less comfortable and easy to use.

The other method is via sideloading using a program like SideQuest, which will enable you to install apps directly on the headset, provided you enable Developer Mode for the headset first via Device Manager.  Note that there is a limit on how many managed headsets you can put in Developer Mode at a time, and this method requires that you start apps while the headset is plugged in since they will not show up in the app list on the headset itself (you can unplug the headset and use it normally after the app starts).  We don’t recommend this path for app installation unless you are trying to quickly test new apps or in-house content without following the normal Device Manager process.

With the introduction of the Quest 2, Oculus reduced its “for Business” cost from $999 to $799 with a $180 yearly subscription fee that goes into effect year 2 (per device). While more than double the consumer model cost, this includes Oculus’s business services and tools that we outlined above along with their 24/7 customer support.  We’ve personally tested the support and can vouch for its responsiveness and helpfulness with resolving issues, but whether the cost makes sense for you will of course depend on how (and how often) you expect to use your headsets.

Quest 2 for Business is the best enterprise-targeted headset we’ve used so far.  In many ways it outperforms HTC’s enterprise offerings in a well-designed package that will appeal to many users. It truly is targeted at enterprises with a managed experience that leaves behind consumer games and stores in favor of a dead-simple end-user experience.  However, as with any VR system, making it successful in your organization will still require a strong content, deployment, and management strategy.  To see how we can help with these areas, be sure to head over to our homepage to learn more about XR Solutions or contact us to learn more. 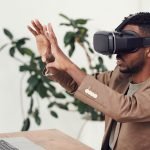 The 4 Key Components of Enterprise VR

HTC Vive for Enterprise: What You Should Know